Summary: A research team at Cornell University discovered a way to bind and stack nanoscale clusters of copper molecules that can self-assemble and mimic these complex biosystem structures at different length scales

Futurizonte Editor’s Note: We said it before and we say it again: the fully artificial biological human being is closer than we think.

Biological systems come in all shapes, sizes and structures. Some of these structures, such as those found in DNA, RNA and proteins, are formed through complex molecular interactions that are not easily duplicated by inorganic materials.

A research team led by Richard Robinson, associate professor of materials science and engineering, discovered a way to bind and stack nanoscale clusters of copper molecules that can self-assemble and mimic these complex biosystem structures at different length scales. The clusters provide a platform for developing new catalytic properties that extend beyond what traditional materials can offer.

The team’s paper, “Tertiary Hierarchical Complexity in Assemblies of Sulfur-Bridged Metal Chiral Clusters, ” published July 27 in the Journal of the American Chemical Society.

“Just to be able to create inorganic clusters and precisely locate the atomic positions is a relatively new area because inorganic clusters don’t easily assemble into organized crystals like organic molecules do. When we did get these to assemble, what we found was this strange, hierarchical organization that was completely unexpected,” said Robinson, the paper’s senior author.

“This work could provide a fundamental understanding of how biosystems like proteins assemble themselves to create secondary structural organization, and it gives us an opportunity to start creating something that could imitate a natural living system.”

The nanoclusters have three levels of organization with an interlocking, chiral design. Two copper caps are fitted with special binding molecules, known as ligands, that are angled like propeller blades, with one set tilting clockwise and the other counterclockwise (or left-handed and right-handed), all connecting to a core. The copper clusters are bridged with sulfur, and have a mixed oxidation state, which makes them more active in chemical reactions.

The clusters’ flexible, adaptive nature makes them potential candidates for metabolic and enzymatic processes, as well as accelerating chemical reactions through catalysis. For example, they may be able to reduce carbon dioxide to alcohols and hydrocarbons.

“We’d like to develop catalytic materials with features that mimic natural enzymes,” said co-author Jin Suntivich, associate professor of materials science and engineering. “Because our cluster has only 13 copper atoms, the tunability is more controllable than a nanoparticle with hundreds or thousands of atoms. With this higher level of control, we can think about building the clusters in a systematic manner. This can help reveal how each atom participates in reactions and how to rationally design a better one. We see it as a bridge to enzymes, where the atoms are assembled in a precise way to enable highly selective catalysis.”

While other inorganic clusters tend to swap electrons and change their properties when exposed to oxygen, the ligands stabilize the nanocluster over longer and longer lifecycles, making it reliably air stable. And because the ligands are strong conductors of electrons, the clusters may be useful in organic electronics, quantum computing and light-optical switches.

Robinson’s group is now looking into replicating the same three-level hierarchy with other metals.

“Material scientists and chemical scientists have been trying to mimic these complex hierarchical structures in the lab, and we think we finally have something that nobody else has seen, and that we can build off of for future research,” Robinson said. 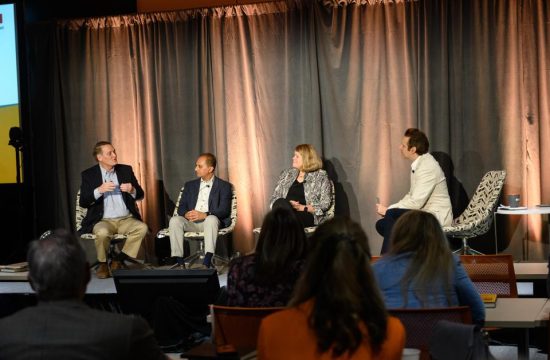 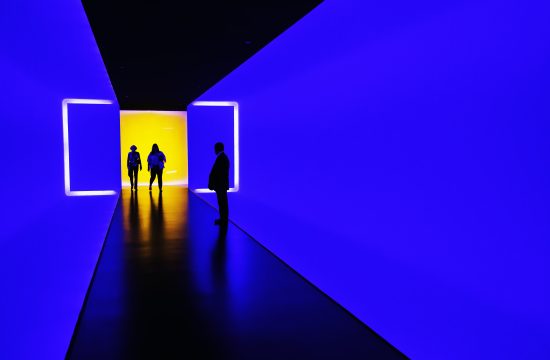