One of the best studied topics of molecular biology is bacterial chemotaxis—the movement of bacterial cells in response to chemical stimuli. While scientists at UC San Diego thought they—and the science community in general—knew everything there was to know about how and why bacterial cells moved around, they were surprised to realize how little they understood about how bacteria moved around as a group. New findings on this latest research are published as rare back-to-back articles in Nature, Nov. 6, 2019.

In the first paper, Distinguished Professor of Physics and Biology Terence Hwa, along with Postdoctoral Fellow Jonas Cremer and other UC San Diego researchers, worked with the model bacterium E. coli to show that chemotaxis provides a mechanism for bacterial populations to undertake a highly effective mode of organized exploration into unoccupied surrounding territories. Instead of initiating exploration when nutrients ran out in the current environment as commonly believed, the research team found that bacteria launched exploration when growing happily in their current environment.

“In fact, the better the environment, the more actively engaged are the bacteria in exploration—reminiscent of how well-doing corporations such as Google® engage more actively in diversification, despite their booming core businesses,” said Hwa.

Using high-speed microscopes, the researchers were able to track the motion of individual bacteria in a population of many thousands that formed the so-called “swarm ring” of chemotaxis—an easy-to-see “ripple” that expands outward after a drop of bacteria is introduced to a nutrient-rich habitat (see Figure 1A). To their surprise, the researchers observed that the “swarm ring” was not merely a small group of distracted bacteria as commonly thought. Instead, the ring of bacteria included pioneering explorers that replicated as they migrated, leaving behind a trail of off-spring (see Figure 1B,C).

“Unlike ant trails, the trailing bacteria would not migrate, but would replicate in their respective localities behind the expanding ring, eventually filling the entire space enclosed by the ring,” explained Hwa.

“These bacteria appear to be smart enough to know that exponential growth cannot be sustained in a given locality for long. So pioneering explorers are sent out while nutrients are plentiful, in order for the population not to be stuck when nutrients run out.”

“We showed how low levels of chemoattractants can be effectively shaped by the pioneering bacteria into a gradient to navigate the exploration process, establishing the direction and also enhancing the speed of population movement,” said Cremer. 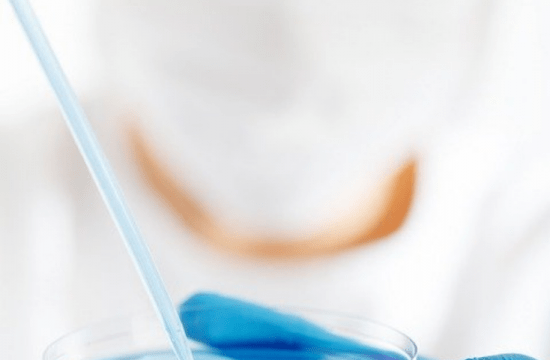